Italy as a growth market: Progroup is planning a new plant in Cessalto

Cessalto, 21.09.2022 – The German manufacturer of containerboard and corrugated board sheets is set to expand in Italy. Following its site in Drizzona, a new corrugated sheetfeeder plant is now set to be built in Cessalto – right next to the packaging manufacturer Ondulkart. 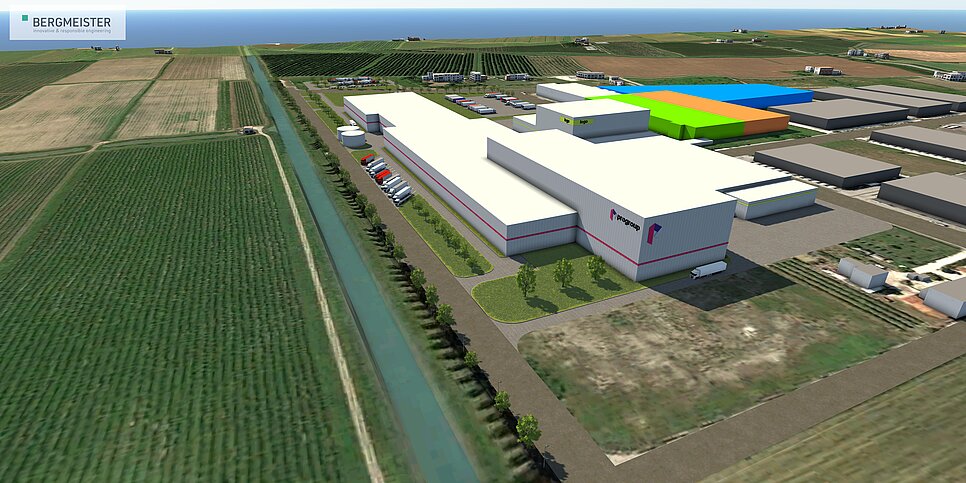 Progroup will be investing more than 90 million euros in the plant and creating around 65 new jobs. Visualisation: Bergmeister

“Italy is Europe’s biggest corrugated sheetboard market, so offers promising opportunities for us,” says Maximilian Heindl, deputy CEO of Progroup. “As part of our growth strategy, we therefore see it as the next logical step to continue to establish a foothold here.” The German family-run company will be investing more than 90 million euros in the plant and creating around 65 new jobs. It will be constructed at the Cessalto municipal industrial park. An adjacent packaging park building will be added during the second phase of construction.

Ambitious growth target
If the rest of the approval process all goes to plan, construction of the plant will begin in spring 2023. The first corrugated board sheets should be rolling off the production line by the end of 2024. This will be the 16th corrugated sheetfeeder plant that Progroup has constructed and the second in Italy. The project, which was initially planned in Vimercate, has currently been put back.

Three more large plants are set to start operating in Poland, Germany and France by 2024 and continue to accelerate Progroup's growth in the respective markets.

About Progroup
Progroup AG, located in Landau in the German state of Rhineland-Palatinate, Germany, is one of the leading manufacturers of containerboard and corrugated board in Europe. Since it was founded in 1991 in Offenbach/Queich, the company has been pursuing a consistent growth strategy which, in addition to technological leadership, is also based on the use of innovative and environmentally friendly production technologies. Progroup operates production sites in six countries in Central Europe. These currently include three paper factories, eleven corrugated sheetfeeder plants, a logistics company and a CHP plant. With 1,554 employees, the company generated sales of around 1.3 billion euros in 2021.