Successful start-up phase for the PM3 paper factory: Record production of 2,112 tonnes in a day achieved

Sandersdorf-Brehna, 30 November 2020 – At the end of August, Progroup started operating PM3 in Sandersdorf-Brehna - one of the most modern and high-performing paper factories in the world. The paper machine has been in the run-up phase ever since. Just three months after its launch, the paper factory has now achieved the milestone of producing more than 2000 tonnes a day on several occasions. 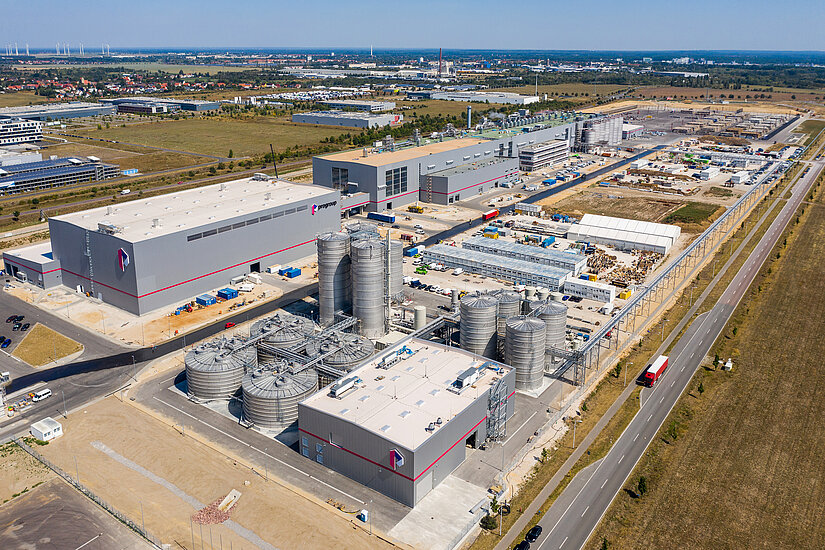 As is normal when starting up paper machines, the capacity is increased gradually and fine adjustments are also made in the initial phases in particular. As expected, this phase was not trouble-free at the start, but it did track the start-up curve.

Top figures have now been achieved several times in succession.  “Production of more than 2000 tonnes of containerboard is a very impressive figure for a paper machine. But by the end of the run-up phase, PM3 will deliver even more impressive production figures,” says Peter Resvanis, Head of Paper Growth Projects and PM3 site manager at Progroup.

The run-up phase is expected to be completed towards the end of the second quarter of 2021. In the normal operation which will then follow, PM3 will produce up to 750,000 tonnes of containerboard a year entirely from recovered paper.

The company is paying particular attention to the issue of sustainability in constructing and operating the paper factory. Out of the total investment of 465 million euros, more than 100 million euros are being invested solely in resource-conserving technologies. For example, the integrated circulating water treatment plant will make it possible to reduce the amount of fresh water that needs to be used by around 80 per cent compared to similar factories. It operates like a biological kidney and cleans the water. It can then be used again. This means that more than 3.7 million cubic metres of fresh water are saved each year. This is equivalent to the amount of water used annually by more than 80,000 people in Germany.

This biological kidney not only saves water. It also produces energy – specifically biogas. This is fed into the boiler house, the powerhouse of the paper machine. This means that the plant overall consumes ten per cent less fossil resources.

As one of three paper factories that the company now operates, the new plant forms an important part of Progroup's consistent “Two Twentyfive” growth strategy: The aim is to double the size of the company by 2025 compared to 2015. In addition to the new paper factory PM3, there are another eight corrugated sheet board plants and more than 500 new employees. The total level of investment for these growth projects is around 1.35 billion euros. Progroup’s plans for new corrugated sheet board plants and paper factories all focus on doing sustainable business. This starts during the construction phase by awarding contracts to regional companies in order to minimise journey distances and thus CO2 emissions. It culminates in investments worth millions in innovative, sustainable technology, as the paper factory PM3 impressively demonstrates.