Progroup is growing rapidly: Expansion of the Group Office in Landau creates space for 100 more employees

Landau, 13 February 2020
The expansion of the Progroup site in Landau reflects the company’s rapid growth. Over an area of around 1,900 square metres, the company has created space for around 100 more highly skilled jobs. At the heart of the new building is the 550 m2 “Progroup Academy”, an area for project work, meetings and events. The extension, which was completed in December 2019, has now been officially opened with an after-work party for the employees. 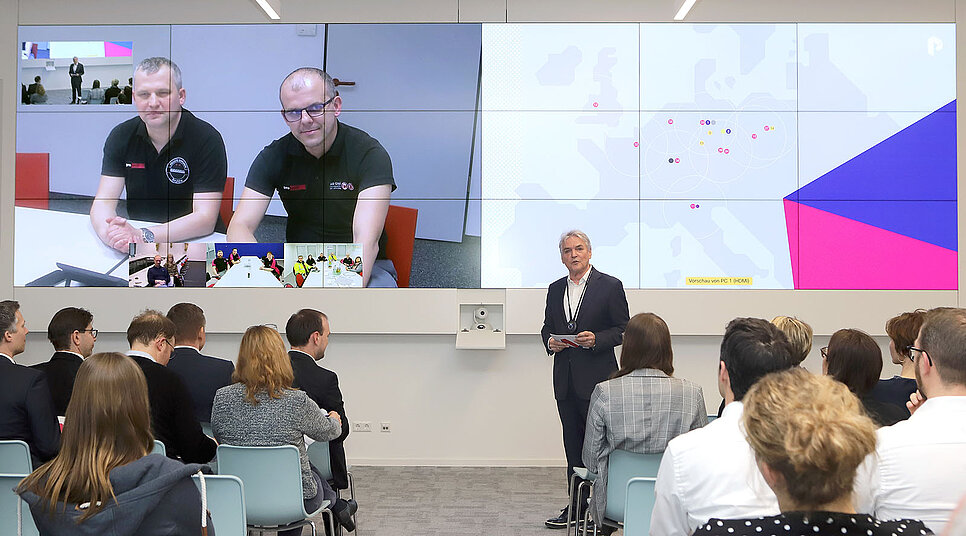 Jürgen Heindl, Chairman of the Executive Board of Progroup AG, welcomes representatives of Progroup AG via video link from the plants in Strykóv (Poland), Sandersdorf-Brehna and Eisfeld, among others.

Roots in the region around Landau

“The second expansion of the Group Office in six years is a clear commitment to our site in Rhineland-Palatinate. This is where in 1992 the Progroup story began and the journey ‘from the Palatinate region out into the world’,” says Jürgen Heindl, founder and Chief Executive Officer of Progroup AG. At the moment, around 200 employees work at the Group Office in Landau, with around 60 at the corrugated sheetfeeder plant in Offenbach an der Queich. “In Offenbach, we teamed up with our partner K2 last year to invest around 17 million euros in modernising the site, sending another clear signal that we are committed to the region for the long term,” adds Heindl. Progroup is thus consistently pursuing its TWO25 strategy: The intention is that by 2025 the corrugated board capacities of this family company, which manufactures right across Europe, should be doubled compared to 2015.

To continue to drive innovations, Progroup is setting the benchmark for the future not just in production. “We deliberately opted for the open-plan concept at Group Office,” says Maximilian Heindl, Chief Development Officer and member of the Board of Progroup. “The open space design offers sufficient places of retreat and at the same time improves the interfaces between the departments. We thus support the interdisciplinary transfer of knowledge and combine expertise to make Progroup stronger for the future.”