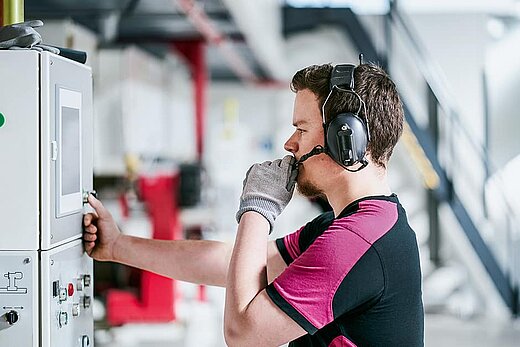 Many years of affiliation: Progroup thanks long-serving employees in Burg

Midway through the year, Progroup thanks 26 employees for their many years of service to the company at the Burg site. The long-serving employees from the first half of 2020 have been employed for either ten or as long as 20 years at the containerboard and corrugated board manufacturer that operates right across Europe. 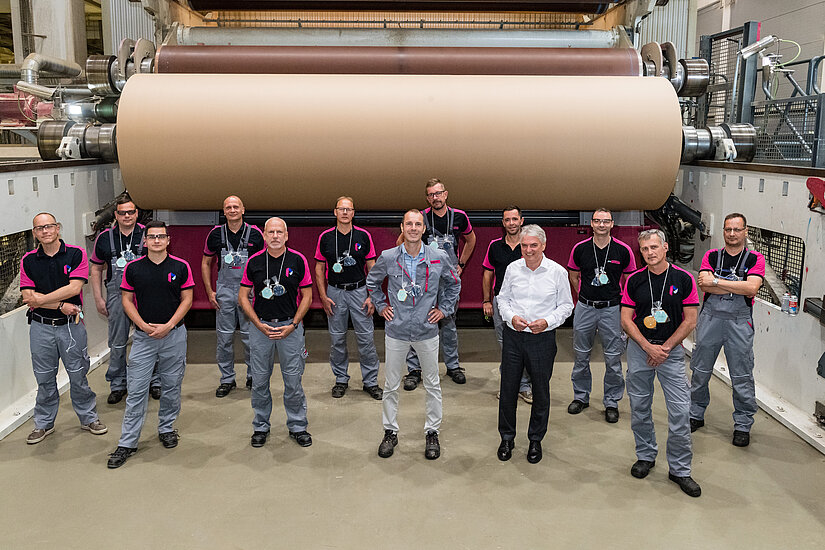 Since 2001, Progroup has itself also been manufacturing containerboard from 100% recovered paper on the company’s first paper machine in Burg. This plant began to be constructed back in 2000. Many employees from the early days are still at the company today. (c) Progroup

Progroup has been manufacturing corrugated board in the corrugated sheetfeeder plant in Burg since 1998. A whole host of employees have been at the plant since day one. This year they are celebrating 20 years of service and can reflect on how well the company has developed over that time. Initially the production output was 60,000 metres in a shift. “Thanks to excellent teamwork and a willingness to consistently implement technological innovations, production has almost doubled since it started in 1998. I thank you very much for your outstanding dedication,” said Jürgen Heindl, Chief Executive Officer of Progroup. The production capacity is currently around 135,000 tonnes a year.

As well as the improvements in production, the long-serving employees along with their colleagues have also made significant progress in the area of sustainability. Since as far back as 2012, they have been operating an energy management system which allows continuous conservation of resources. This has allowed savings of up to 30 per cent to be achieved on electricity, oil and gas.

Pioneers at Progroup's first paper factory
Since 2001, Progroup has itself also been manufacturing containerboard from 100% recovered paper on the company’s first paper machine in Burg, some of which is processed further in a directly integrated facility at the site to create corrugated board formats. This plant began to be constructed back in 2000. Many employees from the early days are still at the company today.

“The construction of the paper machine 20 years ago was a very significant milestone for Progroup's rapid growth. You did truly pioneering work. I thank you most sincerely for that and for your loyal cooperation over many years,” said Jürgen Heindl in his address to the long-serving employees.

The production capacity of the paper machine has also increased significantly since the start. At the beginning, 285,000 tonnes of paper were manufactured per year. Today the figure is a massive 410,000 tonnes. The focus is on sustainable production with the paper machine too. One special feature: The closed water circuit, which has been achieved thanks to unique development work, saves huge amounts of fresh water, and no waste water is produced in the paper factory either.

Progroup as a company is on course to grow

By 2025, Progroup wants to almost double its overall production capacity compared to 2015. The intention is to recruit around 400 new employees across Europe.