Power of cooperation: Where the future is brought to life 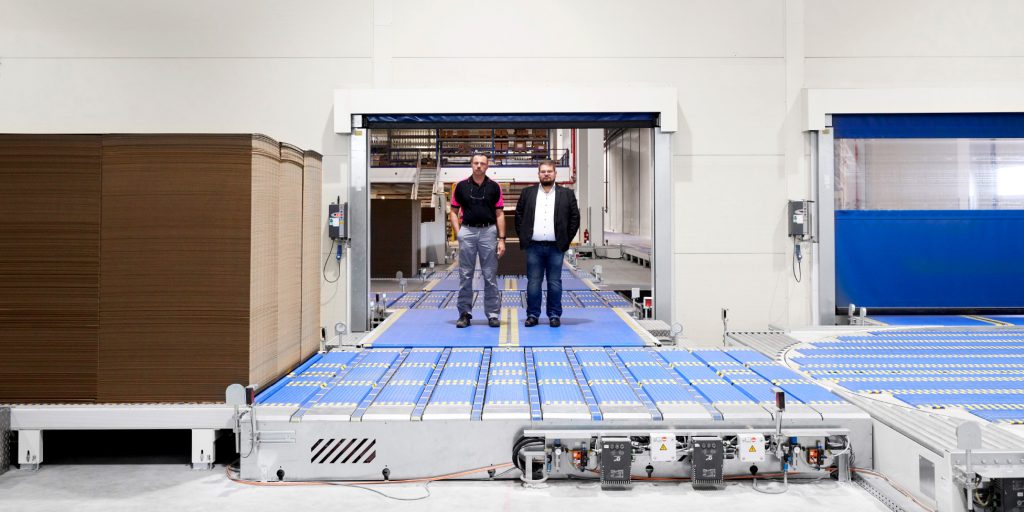 Plößberg-Liebenstein in Germany’s Upper Palatinate region is home to a very special packaging park. Since 2015 this is where Progroup has been manufacturing corrugated sheetboard which is processed further directly and without any time being lost by Liebensteiner GmbH to make packaging materials of all shapes and sizes.

This is where two production steps that directly follow one another have been combined: the manufacture of corrugated board and the manufacture of cardboard boxes. This has created Europe’s largest packaging park. In 2018 the facility will produce approx. 100,000 tonnes of corrugated board, says Hans-Jürgen Maier, Progroup’s engineering operations director with a great deal of pride in his voice. By 2020 the output is set to rise to more than 110,000 tonnes.
Liebensteiner Kartonagenwerk GmbH operates the packaging plant which is adjacent to the Progroup production facility.

The cooperation between the two companies – which is much more than just a supplier/customer relationship – works very well. “The synergies which we have here are unbeatable.” Liebensteiner has been a Progroup customer since 1992 – it is customer number 2. The companies have been working together as direct neighbours for almost four years.
The two production halls are linked by a large gateway through which the great assets, as the stacks of corrugated sheetboard are referred to, are delivered from Progroup to Liebensteiner on conveyor belts in fully automated fashion. “When an order is received,” explains Hans-Jürgen Maier, “it is communicated via the head office almost directly to our machines.”
At the interface on the other side of the gateway the staff already know which of the deliveries ordered previously is arriving because all the data – including the number, size and type – is transmitted electronically.

A consistently high quality standard and product safety are major advantages along with the fact that the environment is preserved. Another benefit is that the absence of any need for transportation between different sites prevents potential damage to the goods and no other packaging is required.
The cooperation has been a resounding success and, in the three years since the plant started operating, Liebensteiner has managed to increase its production from 82 million square metres in 2015 to 152 million square metres in the current year (2018). The number of employees has risen over the same period from 281 to 410.
When it comes to digitisation, the companies are currently working together to refine the interface between the plants and thus increase transparency for both parties. This will mean that both companies can continue to improve their production planning.